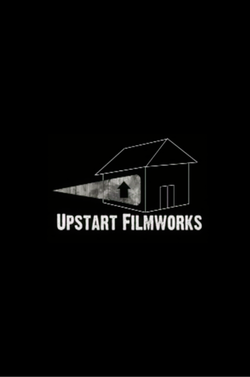 Soon, A Light On (working title, artwork not final...stay tuned!) 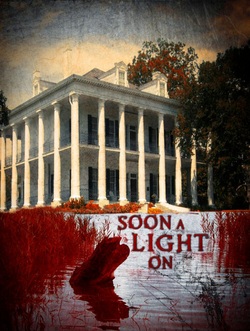 Format:  Horror Feature Film, slated to shoot TBA in Lousiana and Los Angeles.
Director:  Mel House
Writer:  Mel House
Producers: Mel House, Melanie Donihoo, Christopher Peters
Stars:  TBA (trust us, we are VERY excited to announce them)
Synopsis: Neil Hollaway is a writer with a serious case of writer’s block, along with a host of other problems. His career isn’t taking off, he’s in debt, and his wife is trying to serve him divorce papers. Out of the blue, Neil learns that a long-lost relative has left him their New Orleans plantation house in a will. Neil moves into the house, eager to recharge his batteries with the help of his friend Max and mentor/former writing teacher Beverly. Unfortunately, there are forces working behind the scenes that not only seek to use Neil, but those around him.  Beverly…Max….Mike, the local police major…his wife Frances. Something long-dead begins to manipulate them and call out for revenge. Calling out from the house, the land, the very blood that courses through Neil’s veins…
Status:  Currently in pre-production.
Web:  Official Site     Facebook   (official site coming soon)

Nothing for the remainder of 2011 except for a few private speaking engagements.  Check back soon for 2012 info, including another Horror Film Boot Camp appearance!

“How can I learn the basics of scripting/shooting/editing?”
“How do I schedule out my shoot?”
“What does an Assistant Director do, exactly?”
“How do I attach name talent to my project?”
"How did you get financing/distribution?"

Aspiring filmmakers ask us these types of questions every day.  No kidding - EVERY DAY.  And even if they aren't asking...they're making decisions based on faulty or outdated information.  We’re about to provide some answers.  In response to numerous requests, Mel House and Upstart Filmworks are once again offering the UPSTART INDIE PRODUCTION WORKSHOP.

The digital revolution is a wonderful thing. A multitude of tools and technology are now within reasonable grasp of most anyone that has the desire to tell a visual story. The down side is that a lot of people dive in to the deep end of the pool before they can swim. The INDIE PRODUCTION WORKSHOP will show you how to utilize those tools correctly to make a polished, professional product.

We will draw on our years of practical, real-world, on-set experience to walk you through the “nitty gritty” of independent filmmaking. The workshop will cover everything from the initial idea phase, through scripting, casting (including getting "names" and the SAG signatory process), funding, "handling your business", directing actors, production, post-production, final output/authoring, and distribution/deliverables . Students will learn and apply the information and skills that are taught in a fast paced, fun, exciting environment.  We will be using REAL examples based on films we have already made and sold or are getting ready to shoot in the next few months.  No B.S., no vaporware.

Lead instructor Mel House has written, produced, and directed several feature films for Upstart Filmworks. You can find some of his projects on Netflix, in Hollywood Video, on Amazon, at various big-box retailers, and even on DVD in Germany and Japan.  His most recent feature, Walking Distance, will be distributed by Lionsgate Films later this year (under its new title, Psychic Experiment).  Mel’s work has been featured numerous times in Fangoria, Sci-Fi, Rue Morgue, and Horrorhound magazines, on cable channels such as FuseTV and the Ovation network, and at film festivals in the U.S., Europe, Brazil, and even South Africa. He has also taught the art of moviemaking at places ranging from public access stations to suburban high schools. Mel went from making his first feature for $300…to working with distinguished actors like Glenn (Transformers) Morshower, Kathy (No Country For Old Men) Lamkin...and even some of his childhood horror genre idols.

“I totally sensed something that was different and unique about [Mel], about his directing, about his way of getting the story across, that I hadn’t sensed elsewhere. It literally made me go back to the way I felt when I was auditioning for Friday the 13th. Here was something unique and different....Here you had this incredible genius, and I do not throw that out loosely, trust me. I know enough people in the world that I rarely say the word. I think Mel is going to be quite the contender, he’s just got it in him, he knows what he wants.” – Adrienne King, star of the original Friday the 13th and Upstart Filmworks’ Walking Distance.

“What really surprised me about Closet Space, though, was how smart it was. I mean, sure, we’re dealing with grad students here but they’re not the typical horror movie college students ™ ; these are people who are excited about what they do and are eager to learn as often as possible…you can see that Mel and crew wanted to be sure the audience got the uniqueness of the situation, but it never gets to the fast-forward point…the subject matter, intellect of the characters and solid pacing place it a step above the rest of the indie schlock that’s out there.” – DreadCentral.com review of Upstart Filmworks’ Closet Space.

“[Mel is] greatly influenced not just by the Nightmare on Elm Street aesthetic but also by H.P. Lovecraft. It’s very obvious in his writing; nothing is ever as it seems. That’s exactly what makes it so exciting to work on: levels, something a lot of indie filmmakers forget about, but they’re what make a movie of any budget great, in my opinion. This script has multiple levels and requires great detail that I know he will pull off—with style. His script for Walking Distance was so good, it enticed Friday the 13th’s Adrienne King out of retirement; that says a lot, and Mel really is special as a filmmaker.” - Debbie Rochon, host of Fangoria Radio, scream queen, and star of Walking Distance and Imago.

LOCATION:  Provided to registered attendees.  Will be in the Galleria/Greenway Plaza area of Houston.

COST: $399 (discounted to $299 if you register by March 15th!)  Just click the Paypal button below to sign up! (For alternate forms of payment (check, money order, cash), please email us using the contact form and we'll get it sorted.)

Enrollment Cancellation Policy:  Upstart Filmworks assumes a financial liability in the presentation of its programs and events.  This cancellation policy assumes that workshop space may be limited, and/or special arrangements may have been made, including the provision of handouts, and/or the ordering of special workshop materials.  Cancellation requests must be submitted in writing (via email) to Upstart Filmworks thirty (30) days prior to the event in order to receive a full refund.  The day of the workshop does not count as one (1) of the thirty (30) days.  The refund will be given in the form of a company check payable to the individual that registered.  If notice of less than thirty (30) days, but more than fourteen (14) days is given, the individual attendee will receive a refund of the workshop fee minus a $100 cancellation fee. Sorry, but no refunds will be made for cancellations made less than fourteen (14) days in advance.